Simplify the process of building a meaningful fanbase.

Learn what works and how to actually enjoy doing it
with the How to Promote Indie Music workbook package. 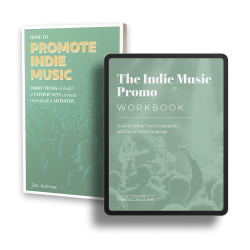 It's not just another promo book.

It’s a paradigm shift away from lame tactics toward a community built around meaningful artistry.

"Jon hits the nail on its head with his community-driven approach to music marketing." 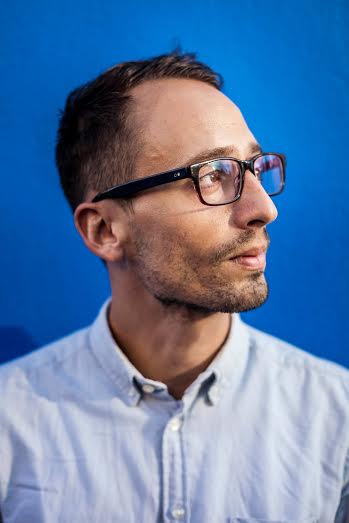 Jason Grishkoff
Founder of SubmitHub
"It was fun and informative, which is the highest compliment I give a thing." 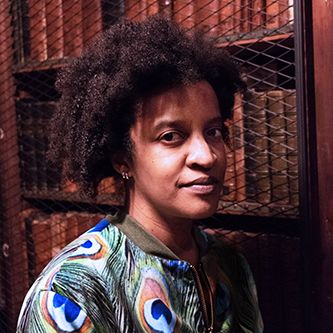 Amelia Ray
Host of Up, Up and a Ray
"Very thorough and covers everything you need to know about the music industry." 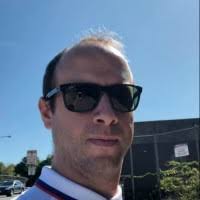 Peter Amara
Founder of MusicBoxPete
"I'm VERY excited about this book... you're going to help a lot of people with this." 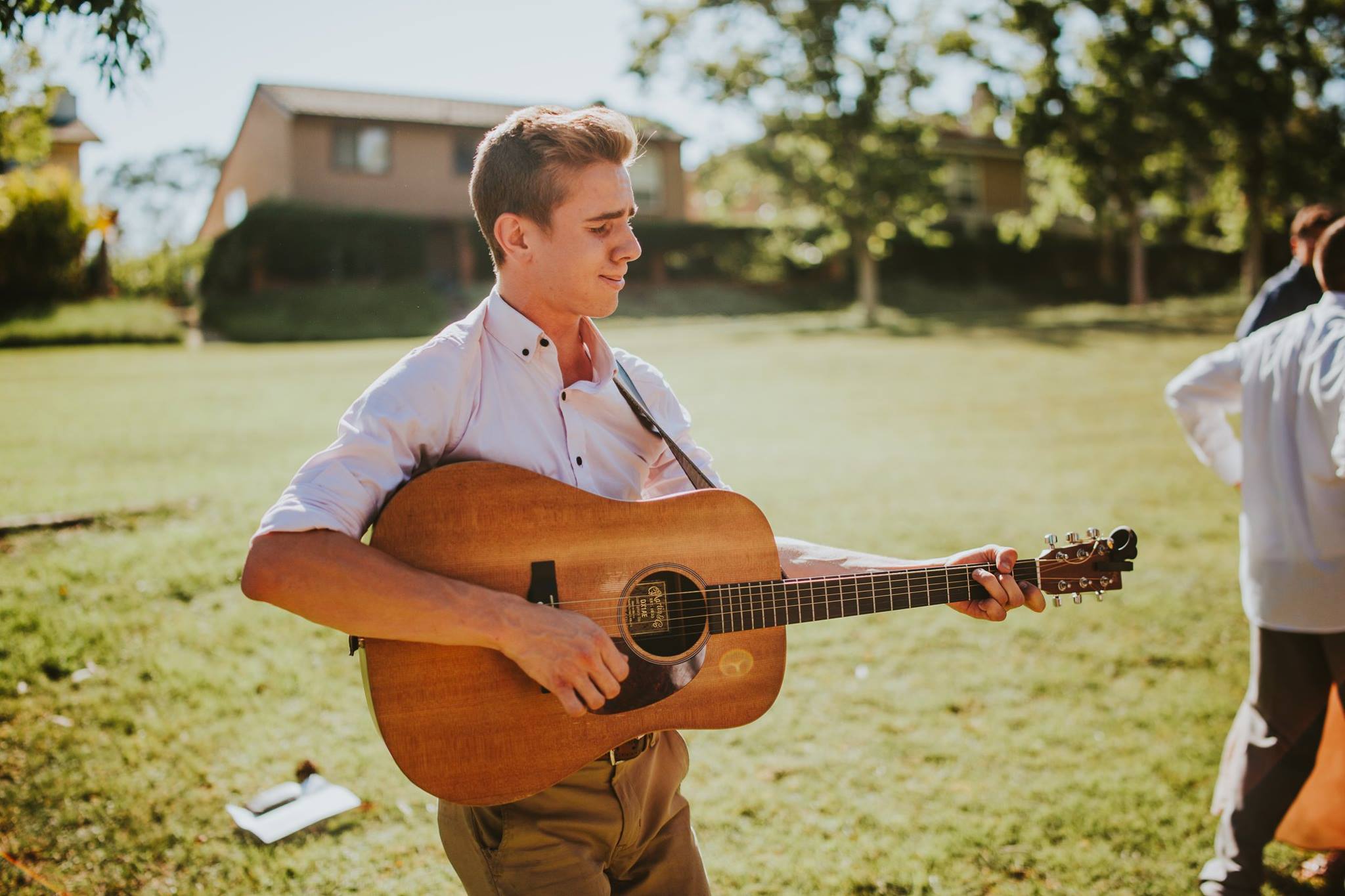 The Book + The Workbook

The book lays out the framework of indie music promotion and a path toward effectively releasing music. The workbook includes all of the exercises and documents discussed in the book, packaged in cool (and printable) .pdf form so that you can put them into action.

About How to Promote Indie Music 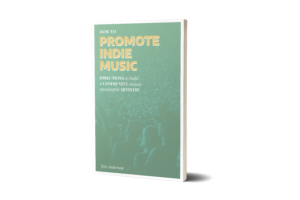 If you’re like most indie artists, you kind of hate music promotion.

Yeah, you do it. But too often it feels like a collection of used-car sales tactics, and on top of that, it usually doesn’t work.

It shouldn’t be that way.

I started Two Story Melody five years ago. Today, I get more than 300 submissions a week from artists asking for coverage. The vast majority end up being shouts into the black hole of my email inbox.

I hate that so much of indie promo is focused on the wrong things – vanity metrics and same-as-everyone-else social stuff and pushy release tactics that don’t really work.

Because I know how much artists care about the music they make.

What if promotion led to real results – and, even better, a community built around your artistry? What if it was effective and meaningful?

The book introduces a perspective and a toolbox of tactics that will help you to market your music more effectively, and, ultimately, help you to build a community that matters.

It’s possible. And if you know the keys to community, you can make it happen.

What the book is not:

What the book is:

Plus some mediocre jokes. And also a lot more.

The bottom line is that, if you want to make a living making music for a community that cares about your art, this book will give you a path to get there.

When you get the bundle, you’ll get access to How to Promote Indie Music in all the top ebook formats – EPUB, Kindle, Apple, Nook, .pdf, etc.

About The Indie Music Promo Workbook 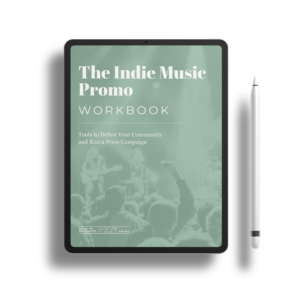 9 exercises to help you put promo strategy into practice.

How to Promote Indie Music presents a framework for building a community around your artistry – and to get there, it discusses a bunch of documents. This workbook includes the real-life versions of those documents. It’s a hip, well-designed .pdf that’s meant to be printable so that you can start putting the tactics to use.

What the workbook includes:

Each contains directions, examples, and templates to help you document your community and plan your promo.

Here are a few more nice things people have said about it.

"Words cannot describe how much your book has motivated me."
Anna S.
"Your book is really unique in its perspective and has already proved invaluable as I ranimate my career. I really like the emphasis on the artist as a real person connecting with other real people."
Stevie C.
"Great book... I like that you emphasize community and what drives you as an artist. Looking back on all I've done in music – it really comes down to that."
Cynthia M.
"Well worth the money as it fills in many gaps in my knowledge."
Gary J.
"This book was a great investment and I've already recommended it to a couple people."
Nathan B.
"I'm really glad I came across your book as I have been floundering in a sea of bad promotion advice. Your book provided me with a clear plan of what to do... and, importantly, the reasons why.
Baker R.
"Your thesis about building a community and having a story to share is on point and refreshing."
Philippe P.
Previous
Next

Here are two truths and a lie about me: I love understanding how songs are made. I once attempted to swim across the Pacific Ocean, but only made it to Hawaii. I was the stunt double for Sandra Bullock in the films Gravity and The Blindside. 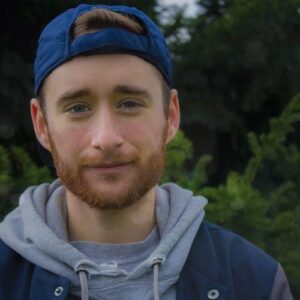 Check out Chapter 1 for free.

Ready to build a community around your artistry?